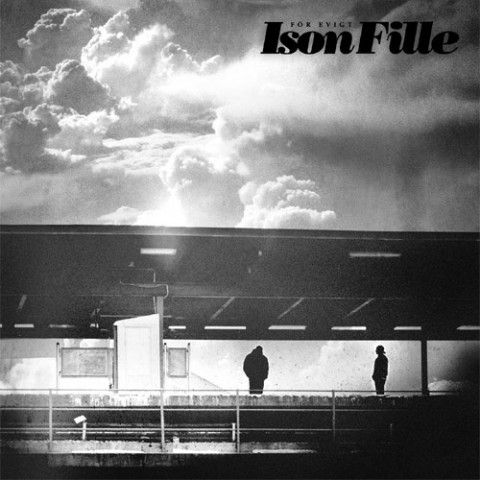 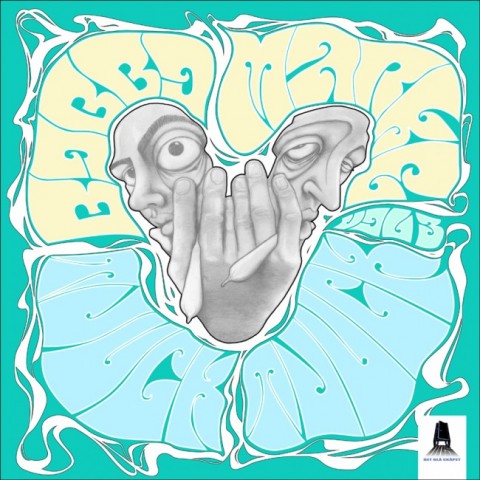 Sorry for completely missing out to blog about Promoes last two songs of the month. But better late then never I suppose and hey, Promoe is one month late with a track! The track for July is called “Dressed To Kill Under A Full Moon” and the beat is signed Jimmy Ledrac who also produced “Sunday Morning“. The variation of the tracks sound is kinda wide which is highly appreciated. For August we have “Gunz” featuring no other than the jamaican reggae artist Lutan Fyah. The title itself gives you a great hint what the track is about and Dj Large gives you that classic reggae vibe to it. Makes me go back and spin Promoes album “Long Distance Runner“. AFC — Allied Forces Crew is maybe mostly known for the wide public as being some sort of sidekick(s) to Petter since they have featured several of his joints and been on tours with him during his 10 years career. Most famous is probably the single “Repa skivan” with Petter released 2004. They have also featured other artists like Ison & Fille and Fjärde Världen to mention some.

However, the twins Thabo (aka Smiley) and Ramo started making music allready 1991 in a constellation called “Funk Squad” with DJ A.K and back then they rapped in english. It wasn’t before 2001 they started doing tracks in swedish but they still continous to rap in english as well.

They released their debut album “Varje Dag E Löning” back in 2006 and several issues with the record lead to silence around the twins. But, two months ago they released their great rough street single “Git Sumthin” produced by Dj Large.

And now it’s time for their second single, this one in swedish, called “Inatt” produced by Astma & Rocwell. Both singles are an earnest of their two planned record, one in swedish and one in english which drops this autumn through their own label Slangin’ Records. Hopefully.

A video for “Inatt” is being prepared and you can find some backstage footage from the video recording over at Wonlove.

EDIT: You can now find “Inatt” at Spotify and iTunes. I’ve been waiting to hear something from Organismen‘s upcoming album “Om Gud Vill och Vädret Tillåter” for ages and today he finally released the first single and video from the album! The track is called “Den Vita Kaninen” and he is generously giving it away as a free download through Piratebay. “Den Vita Kaninen” is produced by Dj Large and the video is directed by Torben Stampe.

The video and track can be downloaded through Piratebay. I also recomend you to check out his blog where you can read news, anecdotes and other things regarding him. If you’re interested in hearing a bit more about the upcoming album, his views on IPRED and more you should check out the interview Level 8 Studios recently did with him (swedish only). Henok Achido first entered the spotlight in 2001 when he featured on the group Fattaru’s debut single “Mina hundar”. Henok, who stood out with his fast rap and different flow, joined Fattaru on their tour through Scandinavia. It looked like he had a bright future in hip hop, but instead of riding on the hype he chose to take a step away from the spotlight to work further on his skills.

Nothing new was to be heard from him until 2007 when he released “That Fucking Guy EP” for free through his homepage. The EP was well received and he quickly gained a reputation as one of the most promising rappers on the Swedish scene.

Two years after his return to the spotlight the debut album is finally here. Henok has managed to build an incredible hype around this album and he even gained the attention of some of the biggest hip hop blogs in the world, like NahRight and RealTalkNY. Because of this my expectations were set very high when I received the album. To my big relief he manages to meet these expectations and delivers confident lyrics with an amazing flow.

The electro-wave that is currently taking Sweden (and hip hop in general it seems) is also present on the album, but instead of club-friendly disco the sound on Almaz Charming Child is instead rather dark and dystopic. The beats and, for such a large group of producers, the surprisingly held-together sound of the album is produced by some of Swedens most talented producers such as DJ Large, Filthy, Astma and Michel Rocwell.

The very frequently used auto-tune effect can also be found on the album, and is used on the dark track “Heartbreak Hotel” which is reminiscing to the sound on Kanye West’s latest album. But whereas Kanye, according to me, uses auto-tune to the point where it’s unbearable to listen to Henok manages to make it almost seamlessly float into the sound and lift the song.

Everything about Almaz Charming Child isn’t great though. Because even if he has a flow that can lift an otherwise mediocre song and he has some of Swedens most talented producers featured on the album I can’t help feeling that the lyrics are a bit repetitive after a while. There’s to many lyrics about his own greatness and to few lyrics with a bit of depth. Henok’s got swagger that some only dream about and because of this he shouldn’t have to tell you that in so many of the songs. It’s in the songs with a deeper meaning he really shines and shows you what a talented artist he really is. Like on the powerful track “High On Life (When The Drugs Don’t Work)” where the beat is scaled down in favor for his voice and lyrics, which reflects what I wished there was more of on this album:

“It seems like everybody loves my flow, but what’s a flow without a heart, I must touch your soul”

Despite all this, Almaz Charming Child is a very strong album which undoubtedly lives up to the hype and will follow me throughout the year!

A swedish version of this review (which is slightly longer) is avaliable through the Whoa Blog! The date is finally set for Looptroop Rockers own Promoe fifth solo album which will be the first time Promoe releases a solo album in swedish! The album, “Kråksången”, will be released the 22th of April at JuJu Records.

Promoe has a lot of records behind him and all of them in english, so I guess you can understand now how interesting this release is for us swedish fans. He has released songs in swedish before thou, but only on 12″, compilations and various guest verses – not a whole album.

Participated producers behind “Kråksången” are Astma, Filthy, Jimmy Ledrac and Dj Large and I am stunned over that Embee hasn’t been mentioned. Oh well, you will also find guest artists such as his Looptroop Rockers colleague Supreme, Timbuktu, Afasi, PSTQ and singer Vincent.

“Detta Har Hänt” is the first track released from the album and it is produced by Astma. It is a bright storytelling song where Promoe let us all know what has happen since day one ’til now. I sure do like it, and my expectations for this album is enormous. And I don’t think I am the only one with such expectations..

Henry Bowers who has a pretty impressive list of qualifications when it comes to different poetry-slam competitions has released his new video for “Rappin’ for food”. He hooked up with one of Sweden’s most top notch producer Dj Large last year and made the 12″ “Rappin’ for food”. The 12″ and the CD-version was released through his record label “Kafkaotiska Inspelningar” which he runs together with DJ Lo-kut. Read and hear more from Henry Bowers at his website, www.henrybowers.com.

The video, “Rappin’ for food” is directed by Jani Lohikari.