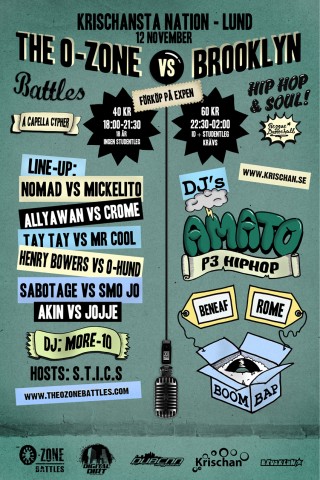 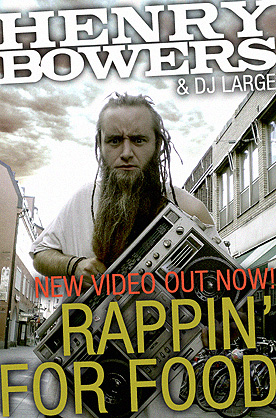 Henry Bowers who has a pretty impressive list of qualifications when it comes to different poetry-slam competitions has released his new video for “Rappin’ for food”. He hooked up with one of Sweden’s most top notch producer Dj Large last year and made the 12″ “Rappin’ for food”. The 12″ and the CD-version was released through his record label “Kafkaotiska Inspelningar” which he runs together with DJ Lo-kut. Read and hear more from Henry Bowers at his website, www.henrybowers.com.

The video, “Rappin’ for food” is directed by Jani Lohikari.