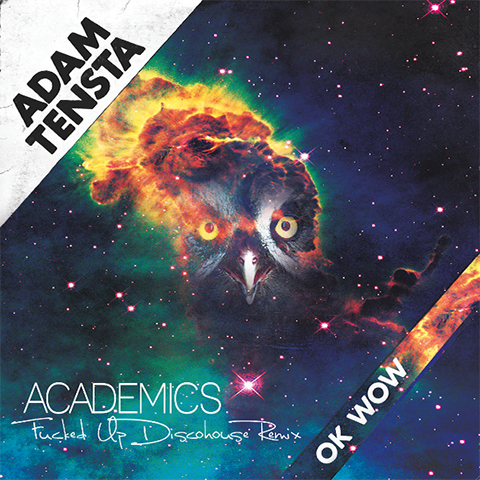 Pato Pooh’s new video “Follow Me ft. Adam Tensta” as we wrote about in the last post already has +20 000 views at YouTube. In other words, it is not only we at TSD that digs Pato’s new joint.

Top Streetwear, MBFIMG and Deh Din Poik has put up a remix-challenge for the single, one for rappers and one for producers. The challenge goes on for 48hours and it’s all about most views at YouTube and points from a jury. You can read the entire rules over at MBFIMG.com

I haven’t checked out all the remixes yet, + 110 contributions but I have to give some shine to one of the contesters. The producer Bum Bill Beats, who used to be a part of the duo “Pikturez & Bum Bill“, has put together a really dope remix. If you like the remix you should also check out their old mixtape “Urbanized Konfusion“! Peep the remix below.

Go check out all remixes at www.mybestfriendismygrind.com and spread the ones you like. Remember, views matters!

Last night Pato Pooh had the releaseparty for his banging new single and musicvideo “Follow Me” (at Berns) which is featured by no other than Adam Tensta. And today the video has it’s premiere over att Aftonbladet.se!

“Follow Me” is  produced by Jeff “Gameboii” Roman (DDP) and the video is directed by Mace Frost and his team which gives you that smashing old classic video game vibe. It’s released through DehDinPoik Entertainment and RMH Entertainment.

Edit: The video is now available at YouTube as well, so we embedded it in this post – but it’s still available at Aftonbladet.

A couple of days ago Lazee released his mixtape “First Class Five Stars” exclusively through Kingsize Magazine. In comparison to his debut this mixtape is a step back towards a more hip-hop oriented sound and it feels like he has put more work into this mixtape than, “Back for the 1st time”. With that being said I still don’t think that this mixtape even comes close to matching his first mixtape “It Is What It Is”, the main reason why I’m writing this is because the mixtape contains the remix to Kano‘s track “Hustler” which also features Adam Tensta. 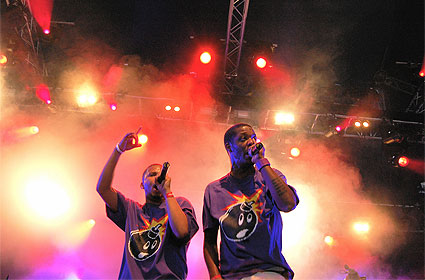 RMH Entertainment, which in other words are Adam Tensta, Eboi and Dj Rooftop, have done a smashing remix on Petter’s song “Min Click“. The song is originally produced by Kihlen from Snook. I do prefer the original track, but hey – it’s a great remix and always like to here what other artists can do with another great artists track. According to Dj Sleepy’s blog there will be more remixes later on and I can’t wait.

Despite his age 21-year old rapper “Stor” has been a part of the Swedish rap-scene for around 10 years now (I remember listening to him and “Liten” when I was 14) and even though he hasn’t released any full lenght album he has still gained a reputation as one of Swedens illest rappers. He is probably most known for being a part of the group Vendetta who won “Show Stockholm” in 2004 (whatever happened to Vendetta by the way?) but has now started to focus on his solo career.

Backed by The Salazar brothers and RMH‘s new project “My Best Friend Is My Grind” he is no getting ready to release a sequel to his brilliant mixtape, “Dikter ifrån bikten“. The First track out from this mixtape is “Stockholmsnatt” which features guest appearances from Adam Tensta and Danjah and is produced by Masse. The mixtape which will have the same name as the first single is due to be released somtime during this autumn/vinter!

Update: The track is now avalible for download at The Soul Lounge!

Adam Tensta releases his fourth video – Dopeboy ft. Eboi – today. Tensta, who has opened for Rihanna, Busta Rhymes and Jay Z, has conquered the Scandinavian music scene, rapping in English. Even thou Adam Tensta might not be my cup of tea I have to take my cap off and congratulate for the success. Dopeboy is the latest single from his award winning album “It’s A Tensta Thing” and his wingman Eboi features it. Eboi really shines at this one, and I hope RMH Entertainment will back him up soon exactly like they did with Tensta. But I’m sure they will as soon Adam Tensta’s tour is over.

The same team as before stands behind the production of this gallant video.