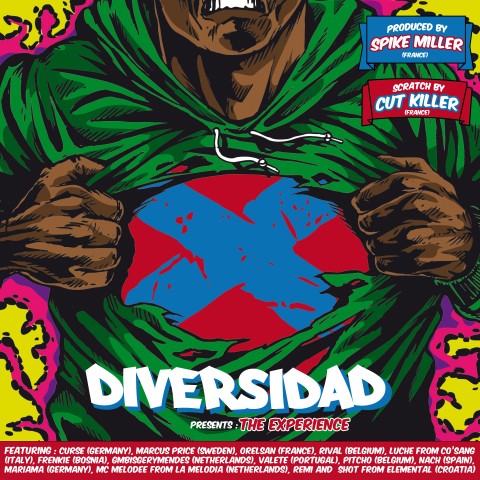 In 2008 The European Music Office launched the Diversidad project as a part of the “European year of Intercultural Dialogue”. The goal of Diversidad was to promote collaborations within the urban music scene in Europe as well as to discuss the urban music industry and music industry in general. This led to the recording of a single as well as seminars and concerts. The first edition of Diversided was so successful that the European Music Office was allowed to do a second Edition of Diversidad.

The second edition of Diversidad will be a three-year project which will be dedicated to urban culture in all it’s forms. The Diversidad project will include a European tour, a digital platform, a documentary, an urban art exhibition and a collaborative album which will feature contributions from 20 rappers from all over Europe, beatmakers and DJ’s.

The First single from the Diversidad album is called “The Experience” and was released earlier this year. The single, just like the one from the first edition of Diversidad, is produced by Spike Miller and features Curse (Germany), Marcus Price (Sweden), Orelsan (France), Rival (Belgium), Luche from Co’ Sang (Italy), Frenkie (Bosnia), GMBisGeryMendes (Netherlands), Valete (Portugal), Pitcho (Belgium), Nach (Spain), Mariama (Germany) and MC Melodee from La M (Netherlands).

“The Experience” can be downloaded for free from here!

On November 7 Diversidad will also be launching a video series of 15 videos that will show the whole process behind the recording of the Diversidad album!

For more information about Diversidad go to their homepage!